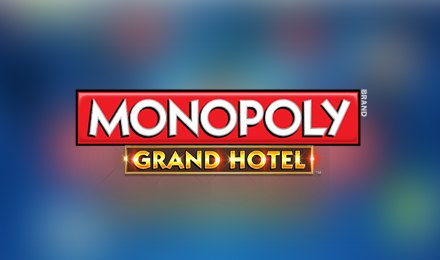 Monopoly is an iconic board game that takes you down memory lane. A classic, found in almost every household and inspiring many games like Monopoly Grand Hotel Slot. Powered by both Scientific Games and Shuffle Master, it comes with 5 reels and 50-win lines playable on mobile, tablet and desktop. You can win big with the complimentary games feature and more down the road.

Monopoly Grand Hotel Slot is an entertaining slot machine with a simple gameplay. You can use only 25 coins in your bets, and you play with 50 active paylines. To set the reels in action click on the Spin button. The Autoplay feature allows players to automatically spin the reels for a predetermined number of rounds. The reels include low-value symbols A, K, Q and J. To top it all off, you’ll find high-value symbols such as Parking, Dog, Car, Plane, Yacht and Dice.

Bet Levels: There are no bet levels on Monopoly Grand Hotel Slot.