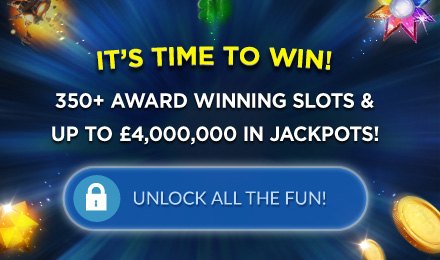 A gang of chicken is about to undertake the most audacious project which is to escape the most secured farm – The Great Chicken Escape Slot. It’s safe to say that Pragmatic Play went great lengths to create this online slot, one that exceeds expectations. It comes with a generous 500x top prize with 5 sensational bonus rounds. If you are willing to ally yourself with the chickens then you’ll enjoy yourself with 3 fun base multipliers, 2 complimentary spins round and 3 mini-games. Spin these 5 reels to win up to 5000x your stake on this 20 payline game.

The Great Chicken Escape is an entertaining slot machine that revolves around a bunch of symbols. There’re the playing cards A, K, Q and J and 4 different chickens. Just like online slots, whenever you click on the ‘’Spin’’ button the reels will swirl. Adjust your coins first. The AutoPlay setting allows you to select up to 100 auto spins.

Secret Tunnel Bonus:
During the Secret Tunnel Bonus, 3 chests will come into view on the screen. Pick one of these chests to reveal a random award. The award can be either the Mystery Tunnel or COLLECT. Once an award is revealed on The Great Chicken Escape Slot, the amount is added to the total win of the round. After the Mystery Tunnel is revealed, 4 tunnel entrances crop up on the screen. If you select 1 of these entrances, you’ll end the current bonus game and you’ll be awarded one of the remaining 4 bonus games. When COLLECT is revealed, the bonus game comes to an end and the total amount is awarded.

Poultry in Motion:
There are 22 points in the Poultry in Motion Bonus Game on The Great Chicken Escape Slot. Each point represents a potential monetary award. To win 1 to 5 steps or COLLECT, just select 1 of the 5 golden eggs that are present on the screen. The round kickstart with the character standing on the 1st point of the map. Each time a golden egg is revealed, the character moves with the number of steps awarded and a new selection for the golden eggs is possible. The Poultry in Motion round ends when the final point has been attained or when a COLLECT is revealed. When the latter is revealed, you’ll be awarded the prize of the last point reached. Once that final point has been reached, the bonus game ends and the BIG MONEY BONUS is awarded as a substitute.

Get Clucky Complimentary Spins:
When this feature is launched on The Great Chicken Escape Slot, 10 complimentary spins are awarded. When this feature takes place, the ‘’WANTED’’ symbol is wild and it can replace all the symbols on the reels except for the bonus symbol. On each spin, the ‘’WANTED’’ wild symbol can appear randomly on the reels. Each wild symbol that hits boosts the win multiplier of all the remaining complimentary spins by 1x. The Get Clucky Complimentary Spins cannot be reactivated. Some special reels are in play when the feature is activated.